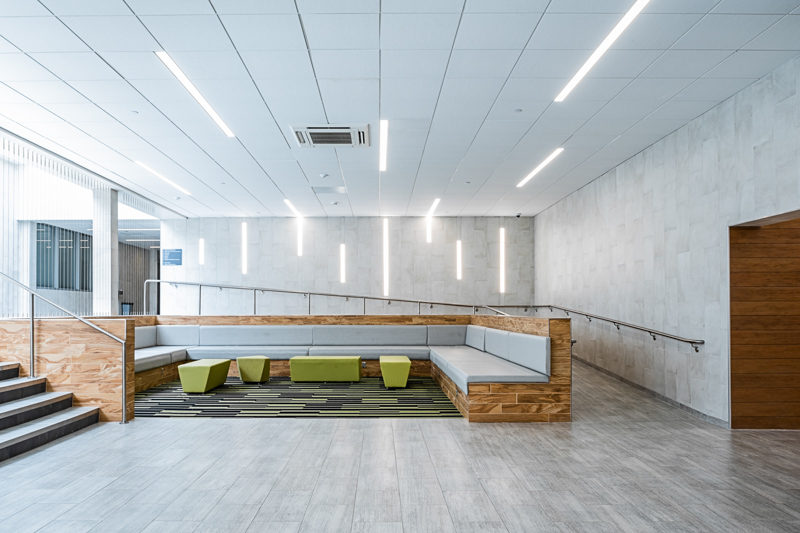 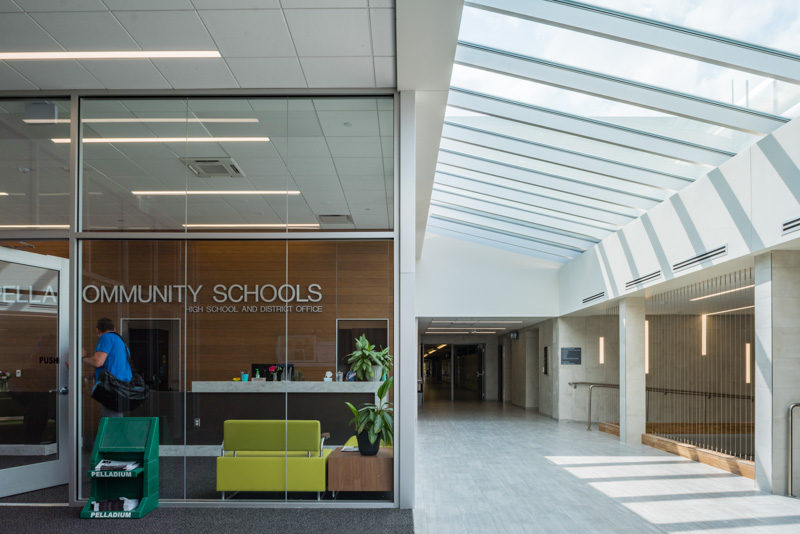 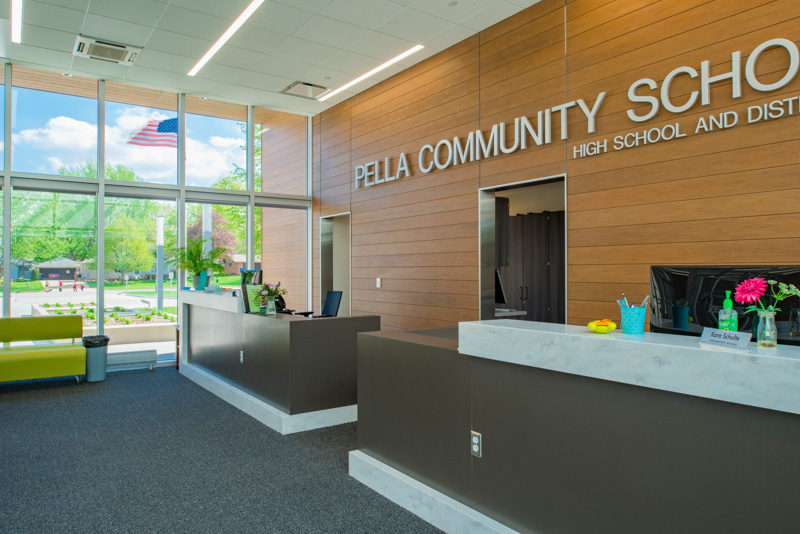 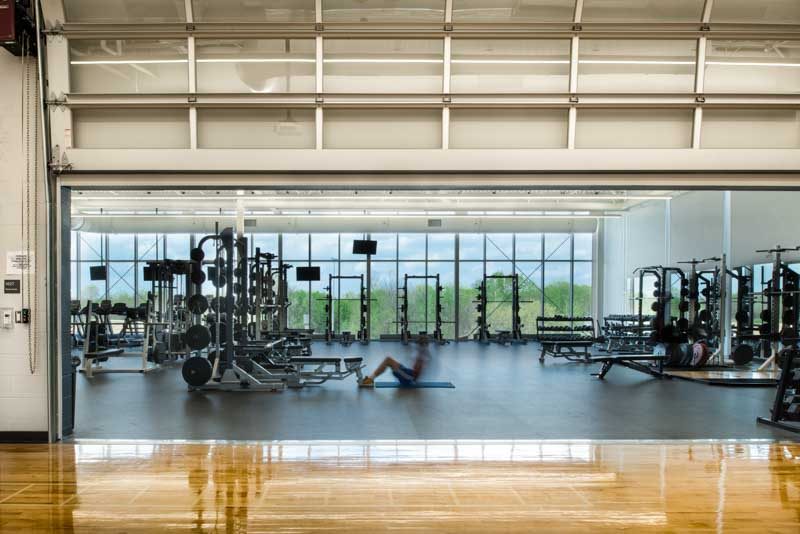 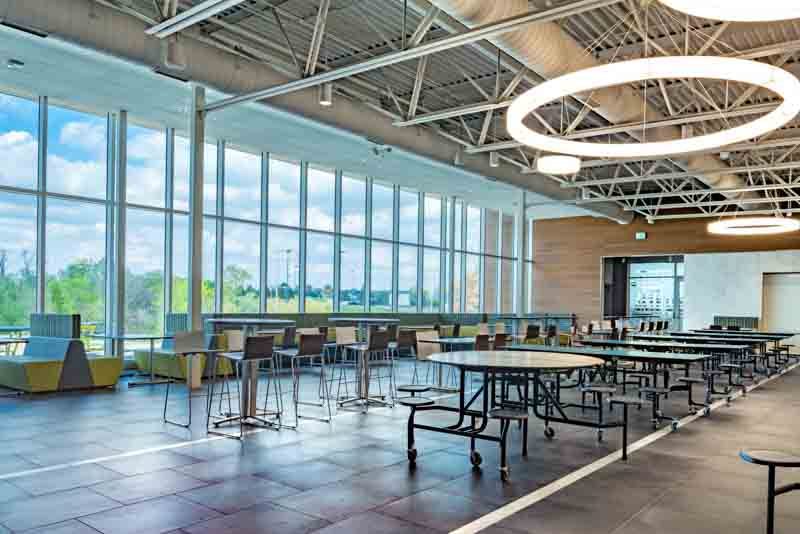 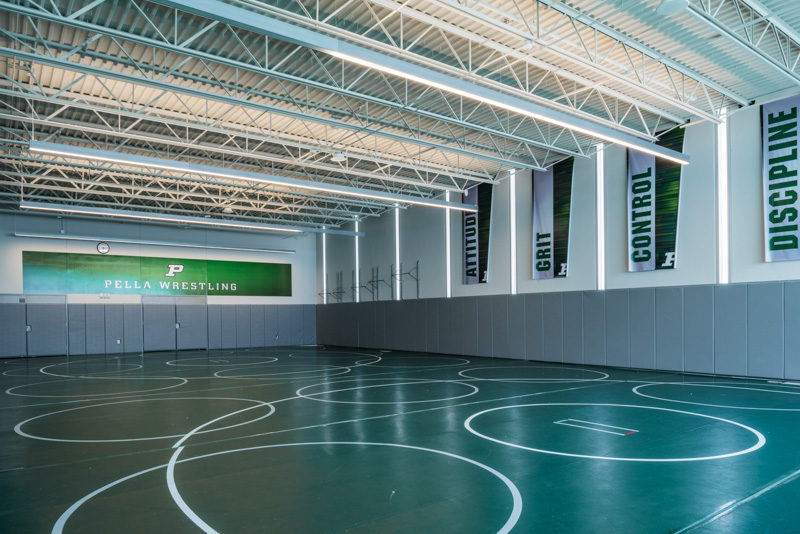 The HVAC system was upgraded to add cooling and increase energy efficiency in a large portion of the building. A Variable Refrigerant Flow system with Energy Recovery Ventilators was designed to provide the desired energy efficiency and to fit into the very limited space in the existing building. Fire sprinklers were added throughout the remodeled areas, and capacity for future expansion of the system was provided.

System upgrades including air conditioning, additional building space, and older electrical equipment necessitated an electrical service upgrade to 480V.  All new building architectural lighting and exterior lighting are LED, matching the rest of campus and allowing dimming in all classroom areas and near windows to save energy. A networked lighting control system brings all lighting together to meet energy code.